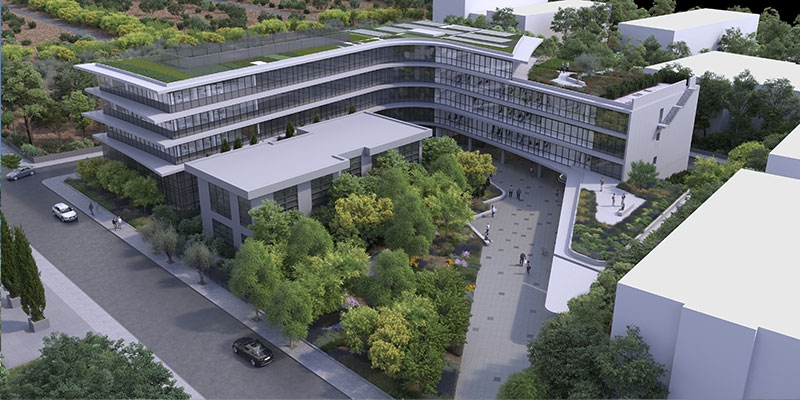 "Green light" for the increase of the company's share capital up to an amount not exceeding three times the amount paid on the date of the authorization with the issuance of new, common, registered voting shares was given by Prodea shareholders at the Ordinary General Meeting that was held on June 7.

The decision for the share capital increase it is not directly linked with a particular investment strategy Mr. Aris Karytinos, CEO Prodea, commented during the General Meeting. Nevertheless, the REIC aims to increase its available funds in order to be flexible during investment decision making in a turbalent and continuesly changing business environment.

As for the company's next steps Mr. Karytinos stressed that "Prodea wants to take advantage of the increased demand for renting" green "real estate properties and for this reason is focused on portfolios for green offices, and at the same time reducing the investment exposure to non core assets, and shifting into Logistics and selective placements in the residential real estate sector ".

The listed REIC aims to develop a portfolio with a total value of € 600 million by 2026, while for this year alone the investments will reach € 150 million. According to the management, 62% of the new investments are focused in the development of green office space, while an additional 25 % in the development of logistics infrastructure, about 9% of new investments will be in the hotel and housing sector, while 4% will be in mixed-use buildings. The company, in addition to the new developments, emphasizes also in the existing stock which is being upgraded and repositioned in the market.

Referring to the new, large investments, significant income is expected from the second building of the Importex complex in Syggrou, which is done in collaboration with Dimand and which the company will keep as rental property (the first has been sold to Generali).

Fully leased to Kaizen Gaming is the office building under construction in Maroussi that will have Leed Gold certification, while the second property of 5,466 sq.m., which is in its portfolio at 44 Syggrou Ave., just before the street, is also pre-leased.

Two new office complexes in Maroussi and Thessaloniki are in the final stage. The first, called eLement, already has its two main tenants, Google and Elpedison.

Respectively, the Piraeus Tower is a project that Prodea is developing in a joint venture with Dimand and the EBRD, which will be converted into a mixed-use building.

In total, the company's portfolio comprises 373 properties, with a fair value of 2.3 billion euros, with a occupancy rate of 95% annualized gross rents of € 145.6 million and a gross rental yield of 6.8%.

The properties in the portfolio are 49% offices, 19% bank branches, 20% commercial stores and 12% other types, including hotel units and logistics. The company, according to Mr. Karytinos, was not affected by the pandemic, "with an impact of only 2%, a fact that reflects the very good mix of real estate".

You may reach the REIC' General Meeting resolutions here.