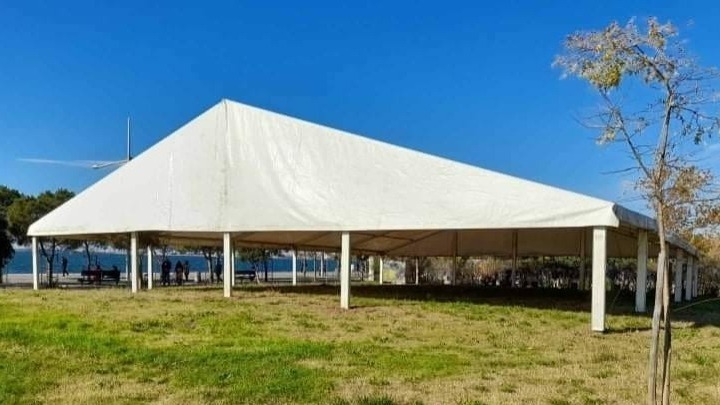 Letter from Mayor Mr. Zervas to S. Vlastos for "revision of the relevant decision".

A dispute between the Municipality of Thessaloniki and HPPC seems to have emerged over the installation of an awning on the city's new beach.

The mayor of Thessaloniki Konstantinos Zervas expresses in a letter sent to HPPC and its Managing Director Stefanos Vlastos his indignation for the installation of the huge tent that was set up in the Garden of Seasons, in Nea Paralia of Thessaloniki, and under which to be created according to the same amusement park.

The mayor emphasizes that the oversized construction "does not correspond in the slightest with the physiognomy and the common character of the space. We were even more surprised when, after a thorough investigation, it emerged that the construction in question was placed in this green space after a direct lease by HPPC and that it is intended for the operation of occasional business-commercial activity ".

He emphasizes that Nea Paralia "is not a field for the development of similar opportunistic business activities, but is a reference point - and in fact of supra-local importance - for the city."

Mr. Zervas also adds that the municipality of Thessaloniki will do everything possible "always within the framework of legality, in order to prevent the stay of construction and not to allow the development of any business activity in the specific green space, without taking into account all the parameters that define functions and services in a space of similar prominence and importance "and calls on HPPC to" review its attitude ".