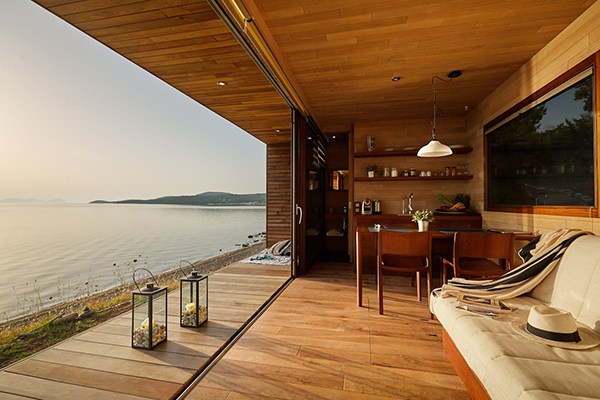 The pandemic was proved to be a huge opportunity for short-term rentals in Greece.

During the 4th BnB Greece Conference 2022 Mr. Simon Lehmann from the company Ajl Atellier (company that deals with short-term leases) emphasized that within two years (2020 - 2021) the number of people who booked short-term rental accommodation were more than doubled .

Greece, in fact, already has the leaders in the rate of demand for short-term rental accommodation for this summer (June - September).

According to the data of the research company Airdna, recorded in March 2022, Greece records an increase in demand by 232% compared to 2021. Greece is first in terms of demand, surpassing Portugal which is second with 196%, and Croatia, which is third with a 151% increase in demand.

Notably enough Italy, Austria, Norway and Spain follow in the fourth, fifth, sixth and seventh place respectively. Focusing on the increased percentage of travelers who will go to short-term accommodation, Simon Lehman pointed out that these are also tourists, who for the first time will choose these accommodations this year instead of hotels.

In the same vein, Martha Wilson, from the research company Airdna, noted that Greece moved at a significant pace of recovery in terms of demand from October 2021 to February 2022, surpassing even the pace of Europe, always in everything. as far as demand is concerned. Specifically, Greece in the period under review ran with 11.7%, while Europe moved to 2.6%.