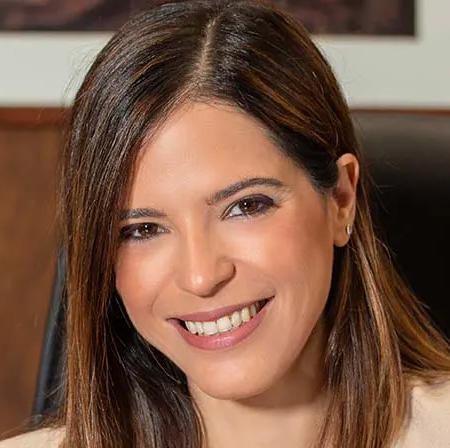 Business Parks have been grown significantly around the world for the past 30 years. Greece, followed that trend and developed more than 50 parks since 1960.

Prior the 3982/2011 law , we had 43 institutionalized UMEDs (Organized hubs of Manufacturing Activities and now rephrased as "Business Parks"), while after 2011 and until today 6 were established. The reason why business parks seem not to have been "flourishing" after 2011 was mainly the financial crisis but also the fact that the legislative framework, although clearly more modernized than the past, did not provide the necessary flexibility and speed.

Lower coefficients in the ENFIA calculation, tax exemptions on transfers of land or real estate within a park, but also faster licensing and transition to a lower environmental classification category when a business is established within a park.

At the same time, industrial parks can provide a favorable business environment and add economic value to the economy as a whole. Within an industrial park, economies of scale are developed and industrial symbiosis is enhanced. This very symbiosis of multiple businesses leads to the increase in production, the strengthening of innovation and the promotion of the circular economy.

At the same time, they strengthen regional and local development (most are located outside Attica, with the largest being in Sindos), but also the overall economy as they can become a pole of attraction for investments. As local economic hubs and development centers, parks can act as platforms to achieve broader local community goals such as job creation, better education and training, and more.

They promote innovation and protect the environment. Industrial parks create an environment that encourages collaboration and innovation, as spaces where the public and private sectors, universities and research institutions can work together. At the same time, they lead to reduced production costs through shared infrastructure and resource management systems, as well as increased material, water and energy efficiency. In addition, they promote the sharing of renewable energy sources, circular economy practices, as well as proper waste management, contributing to the reduction of their emissions.

Recently, the new law 4982/2022 on business parks was passed. The new law comes to support and contribute to the achievement of the above through the development of industrial parks, offering a new unified and flexible framework.

1. To begin with, the new law proceeds with the placement of all relevant legislation in one law, instead of three legislative frameworks that were in force until now. We are thus achieving a single codified framework for greater legal certainty, - necessary to attract investment -, unlike what has been in force until now, with each park subject to a different regime. The existing parks will have to switch to the new regime within five years.

2. The types and types of business parks are simplified and reduced, which created more bureaucracy than fulfilled any particular purpose. At the same time, Environmental Infrastructure Systems and data centers are explicitly added to the permitted activities.

3. In addition, it is permitted for the first time to approve and develop a Park in two or more distinct geographical areas, when for natural, environmental, residential, or infrastructure reasons (e.g. roads, ports, etc.) it cannot be continuous the development/expansion of the park.

4. Now, the legal entity that develops the park is also the one that manages it. The mandatory mechanism of the park's self-management is abolished. Of course, it can still be done if the industries set up a company to develop and manage the (new) park, or if - following a free enterprise agreement - the development and management company agrees.

5. Additional incentives of the new law are the abolition of the minimum area (50 acres) for the establishment of a park, as well as the provision for the first time that the contribution in money is deducted as an expense. Meanwhile, the institution of the surface right is clarified and strengthened, a mechanism necessary for the flexibility of park development and establishment within it.

Regarding financial support through the Recovery Fund. The call for business parks was recently published. The purpose is to support the upgrading of existing parks, the creation of new ones, as well as to intensify the adequacy of the electricity network within the parks (through DEDDIE funding for energy substations). The action foresees a financial support of a total amount of 65 million euros (while an additional 35 million euros will strengthen the ThessINTEC innovation park).

We aspire that this dual planning, a result of both the National Strategic Industry, and our overall vision, fully responds for the first time to the imperatives of the time for more efficient industrial development. After all, the international environment, which matured us all for more resilience, prepared us to respond to this situation. And the Government's policy, demonstrated by actions, lays the foundations for a better future.